The following Manifesto was written by attendees at the first ConFest at Cotter River Canberra, December 1976.

Our wholeness has come from the experiences of our common origin and drawn us through the difficulties of diversity, our attitudes and lifestyles, to a unity so deep and abiding, that not one of us who has shared this experience will leave without being deeply changed.

We have reached into each other here and found ourselves, where once many of us were afraid to touch each other, afraid to be intimate, afraid of the thought of love. We have in a few short days, broken through into a consciousness that is so powerful in its newness, that it is as yet difficult to describe.

We are each the manifesto of the Down to Earth Movement. We are the ones who will carry what was once a dream, and continue it as a reality. No words can say what we are. No words can tell the impact we shall achieve as examples of what happened here; we are the ones, and we no longer need words’ 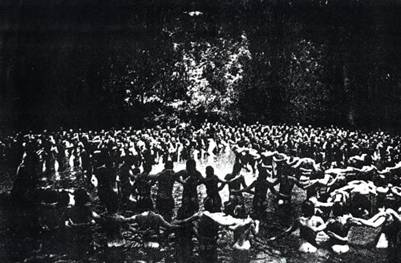