The term ‘ConFest’ stands for conference festival and there is some energy for creating one or more conferencing spaces.

In the 1970s there was great passion to have conference type events at ConFest with themes that were conducive to coherence in a large number of people.

Attendees may have differing points of view, though they share a common passionate interest in the theme.

There was around 18 months of preparatory lead up to the first ConFest and a lot of energy went into the energizing of interest in identifying conference themes and obtaining the best speakers and discussion leaders.

For the first ConFest in 1976, two people were sought out and came from overseas, firstly, Dr Wilhelm Reich’s daughter Eva[1], who spoke on her work and her father’s controversial work in neuro-psychiatry, psychoanalysis and bio-physics. 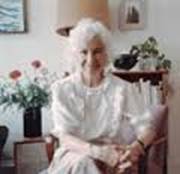 Secondly, James Prescott,[2] a neuro-psychologist and a health scientist administrator at the National Institute of Child Health and Human Development in Bethesda, Maryland USA; Prescott led a discussion on the theme, ‘body pleasure and the origins of violence’.

Bill Mollison came up from Tasmania and led a conference on 'Perennial Agriculture and Alternative Technology for the Third World.

On the first day Deputy Prime Minister Cairns led a discussion forecasting ConFest would be and become a prelude to 'a new emerging society, a society of new values, a society in which the law of love will be the law of humanity'.

Since the 90s for whatever reason, there has been a lessoning of interest in conferencing at ConFest.

Would you like to give a conference talk? And then open discussion for a time?

There are some ConFesters who sense that the time is ripe for the energizing of the conference format again at ConFest.

Also refer the paper:  On All Coffee Break Conferencing

[1] In August 1956, six tons of Wilhelm Reich’s writings were burned by the court.